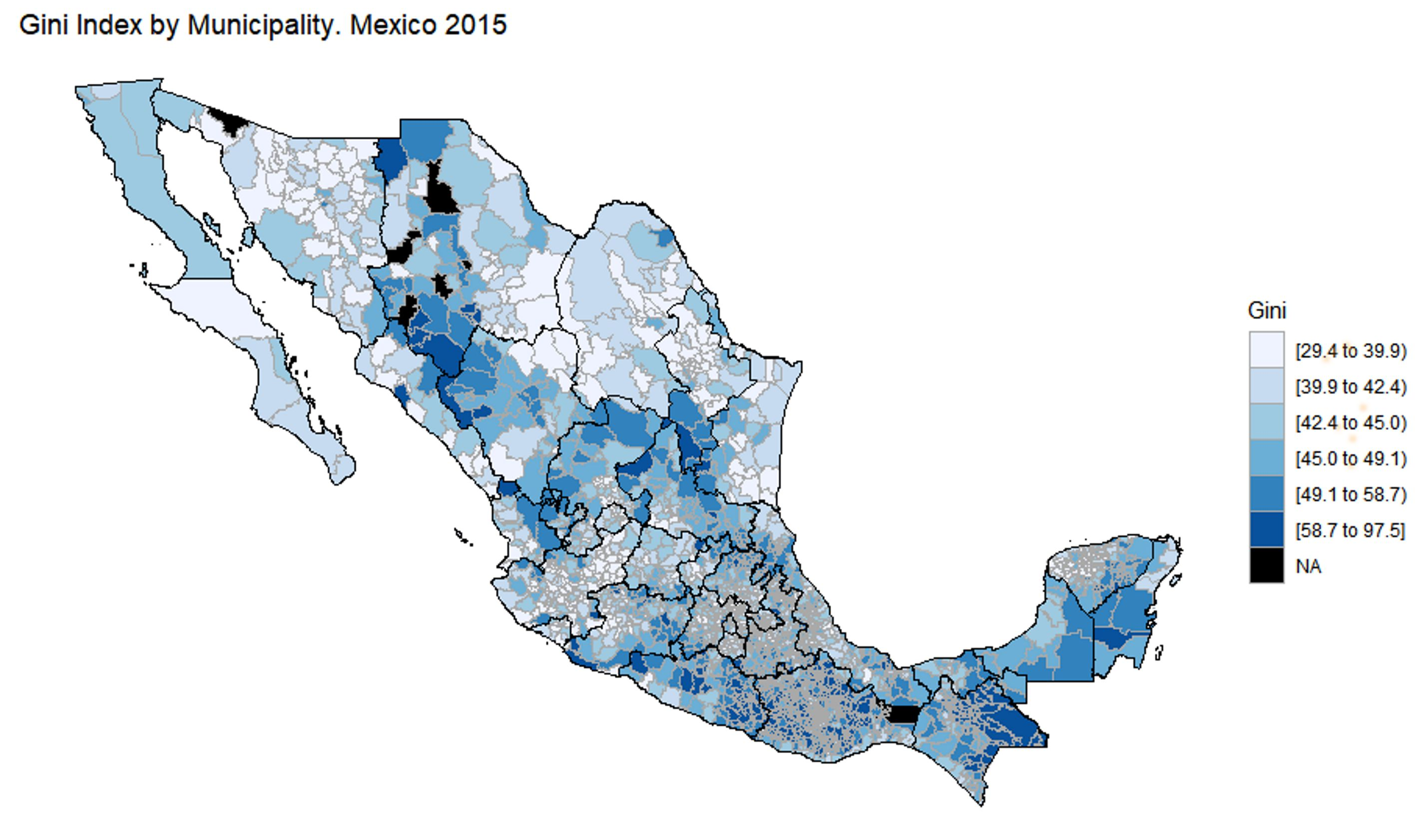 This project, in collaboration with Mariana Pereira (World Bank) and Isidro Soloaga (Universidad Iberoamericana), examines the impact of changes in local labor market concentration on two components of income inequality in Mexico: local wage shares and labor income inequality. Combining data from the Economic Census and the Population and Housing Censuses, we analyze the mechanisms that drive the relationship between concentration and labor income inequality by considering heterogeneities across groups of workers (skilled and unskilled) and sectors. In line with previous studies for developed countries and with the emerging literature on monopsony power, we first show that a higher level of concentration is associated, on average, with reductions in both skilled and unskilled workers' wages, with similar elasticities. Second, we observe some sectoral heterogeneity: while in services the effects are similar for the two groups, in manufacturing we observe a decrease in the wages of unskilled workers, and no significant impact on skilled workers. Third, in highly unionized sectors, the effect of higher concentration on wages is null, suggesting that unions may be playing a countervailing role against monopsony power. Overall, results suggest that local labor market concentration does not significantly increase inequality, because its impact on the wages of skilled and unskilled workers is similar.